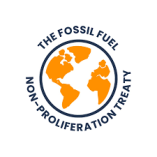 As leaders across diverse religious and spiritual communities around the globe, we call on governments to develop and implement a Fossil Fuel Non-Proliferation Treaty.

The Vatican has called for an international treaty that tackles the climate crisis at its source: fossil fuels. The call builds on the Vatican’s calls for fossil fuel divestment and new policies for investments in “a more just and sustainable world”.

The current scale of the climate crisis requires a cooperative global solution that addresses the fossil fuel industry directly.

We call on governments to urgently commence negotiations to develop and implement a Fossil Fuel Non-Proliferation Treaty, laying out a binding global plan to: