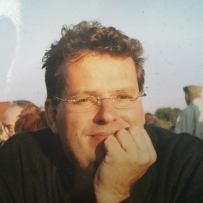 Ralf Klemens STAPPEN is acting Director of the Francis of Assisi Academy for Planetary Health. He was Co-Founder and the first Executive Secretary of the Francis of Assisi Academy for the Protection of the Earth at the Catholic University of Eichstätt (Munich Metropolitan Region). R.K. Stappen has more than 20 years of experience in church environment management and research expertise in Sustainability Science, Planetary Health and Ecclesiastical Geography. He has diverse academic, non-profit, and corporate leadership experience.  He leads the Laudatosi.org Project since 2015.

Ralf-Klemens started his commitment for the stewardship of creation as member of the Environment Working Group at the Catholic University Parish (KHG/ Cathedral Parish) and environmental officer (voulntary) at the Catholic University of Eichstätt as student in the early 90s. He was over 10 years chairman / co-chairman of the Environmental Commission of the Eichstätt Diocese and is still member of the Commission. He was project leader at the Catholic University of Eichstätt of the first european "catholic" sustainability project (Altmühltal Agenda 21 project with 10 part projects and partners - Link to KU) - which was a national contribution to the European  Nature Conservation Year (Council of Europe) under the patronage of the German Federal President. After this he was project director (research assistant) for the large scale research EU-project TELE 21 - Regional Innovation, Digitalisation and Sustainability at the Faculty of Economy and leader of the International Local Agenda 21 Working Group for the City of Rome. He was among others responsible (on behalf of CCEE) for the sustainability section of the 2. European Ecumenical Assembly in Graz and for the Global Marshall Plan-Initiative under the scientific direction of Prof. F.J. Radermacher, Club of Rome.

Professionally, he works as advisor and manager for municipalities, goverments,  the public sector in the field of sustainability, climate protection, energy, strategy and public management.  He was Delegate at the WSSD 2002 (Rio +10) , UNCSD 2012 (Rio+20), Member of the Local Agenda 21 State Commision Bavaria , Expert Group for the Urban Environment (EU Commission)  e.g.. He studied at the University of Bonn and graduated at the Catholic University Eichstätt-Ingolstadt. He was lecturer at the ETH Lausanne, Witten Herdecke University and Initiator and Head of the Environmental Lectures of the Catholic University of Eichstätt-Ingolstadt.
Enabeling Team (2020-): Iris Pachowsky, Uta Pholmann-Steinhauser, M. Fürst and Ralf Klemens Stappen

Men and women may become full members of the academy, who have in an exemplary and excellent manner in academic or practical respect contributed to the protection of the earth and to humanity, and who are willing to actively participate in the work of the academy as much as their other duties permit. The academy elects new full and corresponding members with a two-thirds majority in the forms further determined by the constitution of the academy. (Constitution)

Fritz PRILLEWITZ, Environmental Advisor at the Embassy of the Dutch Kingdom in Lisbon, Executive Director of the European Centre for Nature Conservation, ret (Tilburg), The Netherlands

Dr. Jean-Pierre RIBAUT, President of the Commission for Peace, Justice and the Integrity of the Creation of Pax Christi France, Director of the Environmental Department of the Council of Europel, ret. France

Prof.Dr.mult. Ernst Ulrich von WEIZSÄCKER, Vice-President of the Club of Rome, former Dean Bren School of Environmental Science and Management ret., UCSB, Santa Barbara, Member of the Presidium of the Protestant Assembly,  Germany; former President of the Wuppertal Institute for Climate, Environment and Energy (until 2000)

Prof. Dr. Jànos ZLINSZKY, Director of the Sustainable Development Academy The Regional Environmental Center for Central and Eastern Europe, Senior Adviser for Environmental Policy to the President of Hungary from 2006 to 2010. Associate Professor in the Department for Environmental Law and Competition Law at Pázmány Péter Catholic University

Msgr.Hilary SENOO, Member of the Commission for the Holy Year 2000 of the Holy Sea, Secretary General of the Council of the African Bishop's Conference  (SECAM), ret., Ghana

Prof.Dr. Jacques BLONDEL, Research Director at the Centre for Phytosociology and Ecology (Montpellier) and Professor at the Catholic University Leuwen (la Neuve), Belgium

Former Board of Directors